FREE SHIPPING FOR USA ORDERS OVER $50

Tea can be broadly categorised into two groups: oxidised and non-oxidised. Oxidisation will be discussed in more detail later; essentially it refers to a series of chemical reactions that result in the browning of tea leaves and the production of flavour and aroma compounds in finished teas. Depending on the type of tea being made, oxidisation is prevented altogether or deliberately initiated, controlled then stopped. 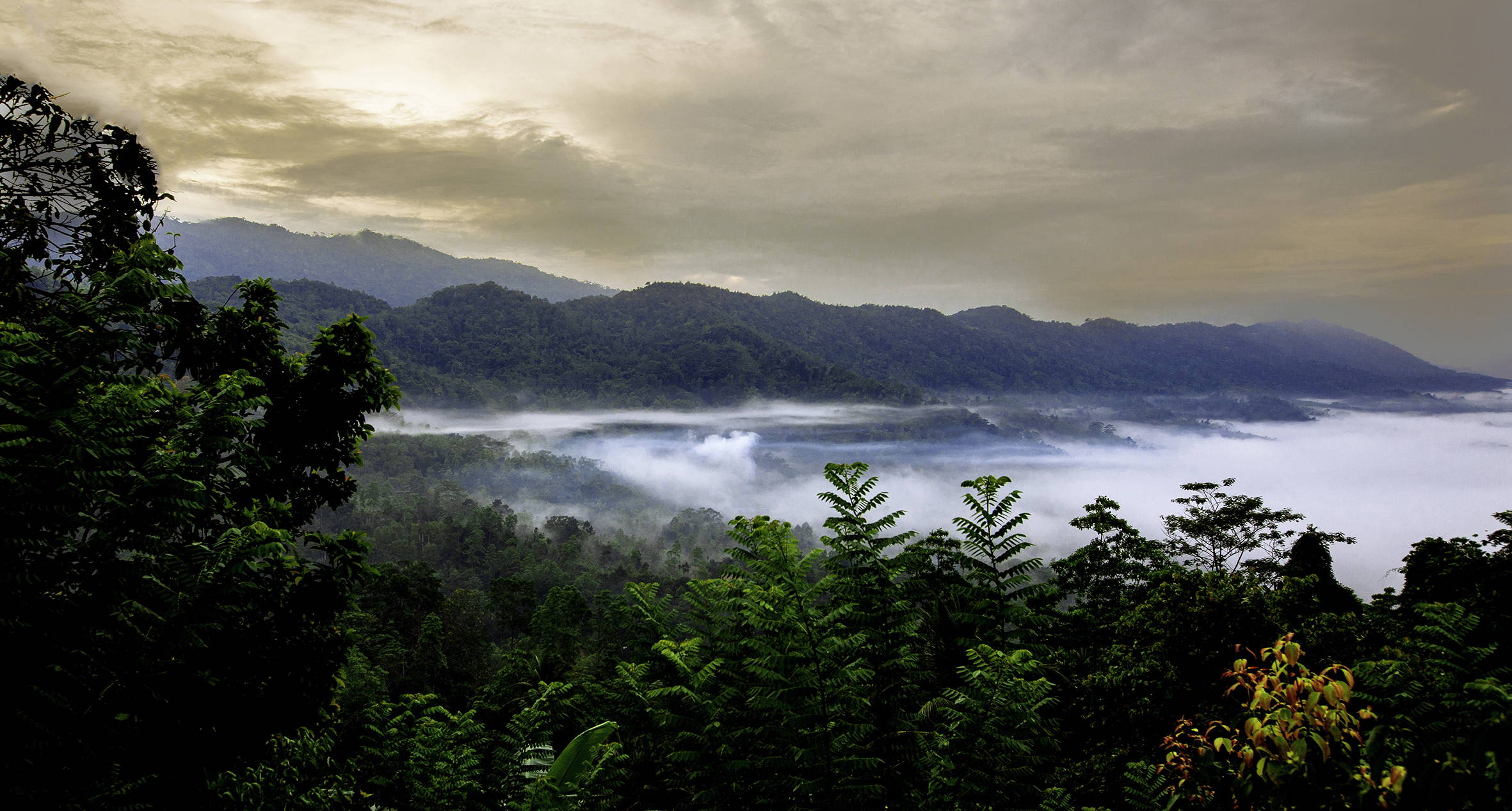 White tea undergoes minimal rolling and processing and is not typically withered. 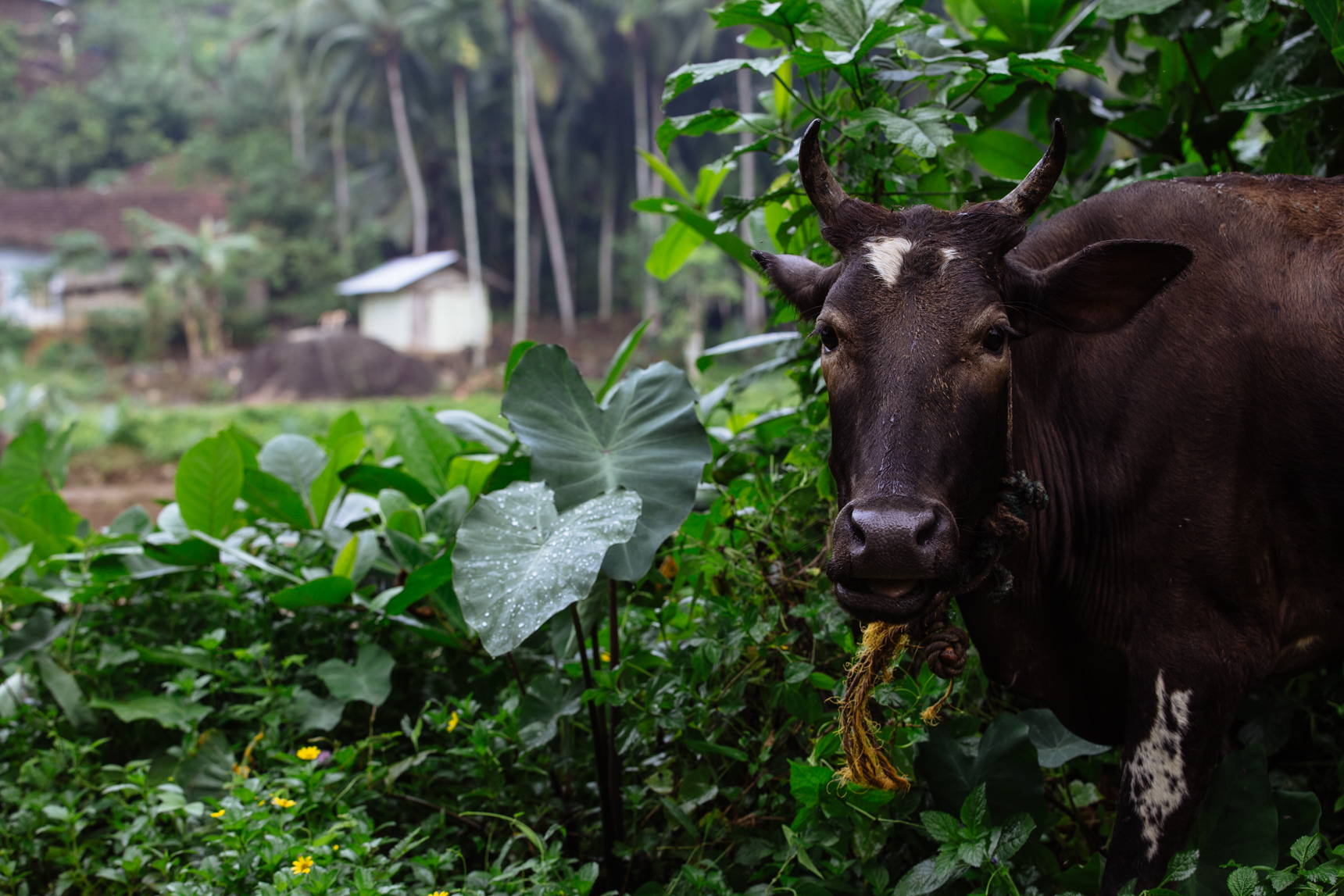 White tea is from the camellia sinensis plant but is typically from the early part of a new season's harvest (or flush), typically comprising of new, immature tips and leaves. White tea undergoes minimal rolling and processing and is not typically withered. Its name derives from the fine white hairs on the unopened buds of the tea plant, which give the plant a whitish appearance. The resulting tea liquor created during infusion is also typically light or whitish in colour.

Green tea is made from unfermented leaves of the camellia sinensis plant. Unlike oolong teas and black teas, green tea does not go through the oxidisation process. Heat is applied to the leaves to neutralise the oxidative enzymes before oxidisation is able to take effect. The resulting liquor of infused green tea is typically light and pale in colour, often with a green hue.

Oolong tea can be roasted to varying degrees to enhance alternate flavour characteristics (floral and aromatic to lightly toasty, to a dark golden roast).

Yellow tea is made in a similar way to green tea, but after steam treatment, the leaf is smothered and left to oxidise at a slow rate, producing leaves that are slightly yellow in colour and which offer a more mellow taste than green tea. Some scientists speculate that yellow tea might be healthier than green tea: In 2013, 4 Chinese scientists published a scientific report showing the smothering process of yellow tea which produced a number of digestive enzymes that have beneficial effects on the stomach and spleen. It also showed that yellow tea has stronger antioxidant activity and anti-inflammatory properties than green tea.

Oolong is a semi-oxidised tea, with oxidisation falling somewhere in between green (not oxidised) and black tea (fully oxidised) typically in the range of 8% to 85% depending on the style of tea being made. Most oolong teas use tea plant cultivars specifically chosen to produce oolong. During production, the leaves are typically kept as whole leaves that can either be compressed into balls or rolled into whole leaf strips. Oolong tea can be roasted to varying degrees to bring about alternate flavour characteristics (floral and aromatic to lightly toasty, to dark golden roast). Less oxidised oolongs offer a more fresh green tea taste, whilst heavily oxidised oolongs present a more malty tea flavour.

Black tea is also referred to as red tea in China owing to the colour of the liquid. In contrast, the English term black tea refers to the colour of the oxidised leaves. Black tea is considered to be fully oxidised, although there is still a range of oxidisation possible in manufacturing black tea. To produce black tea, the tea is rolled and left to rest (typically for a period of 2 to 2.5 hours) in a warm damp environment to promote oxidisation. Heat is applied to the tea once the desired level of oxidisation has been accomplished. 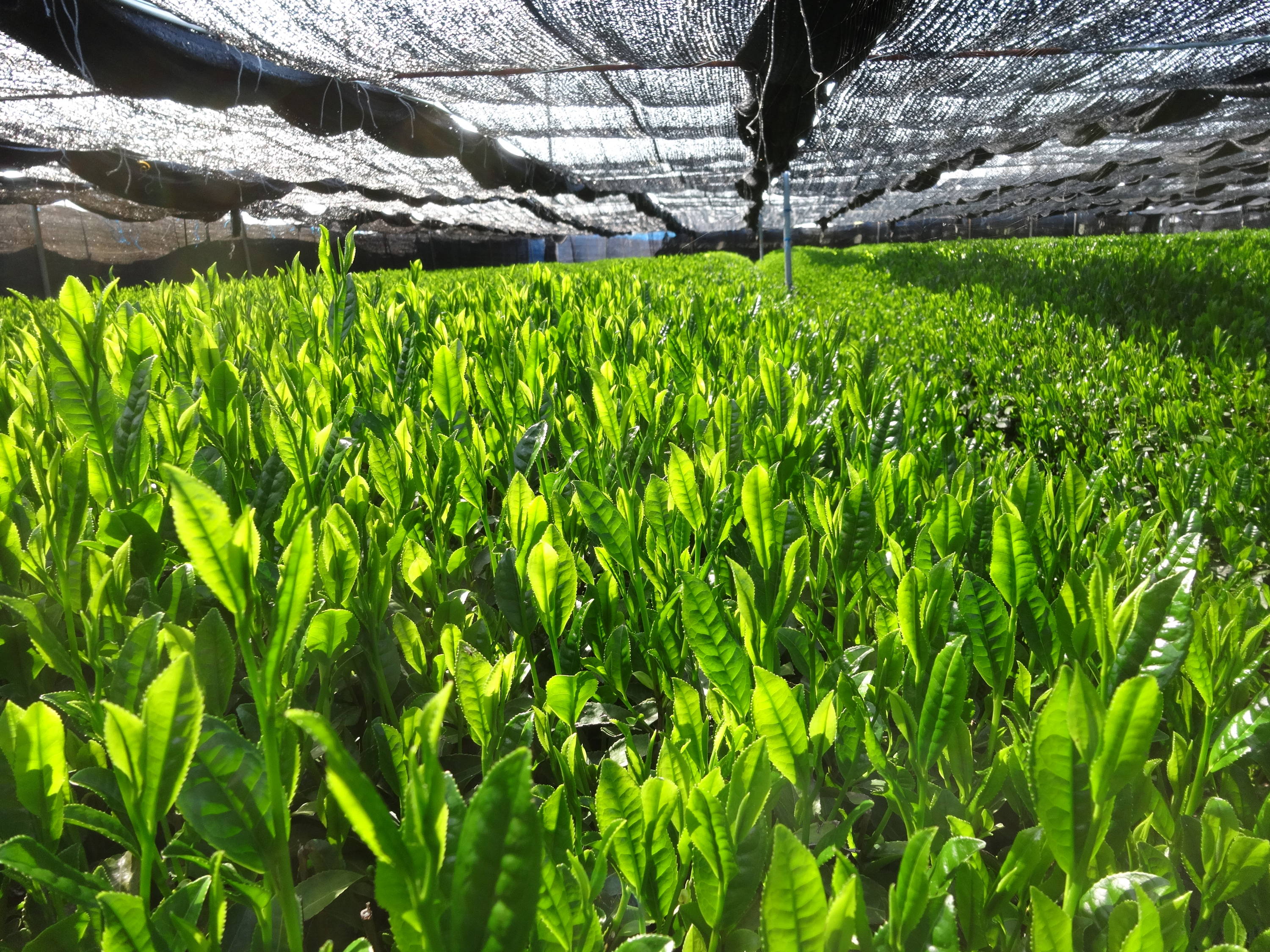 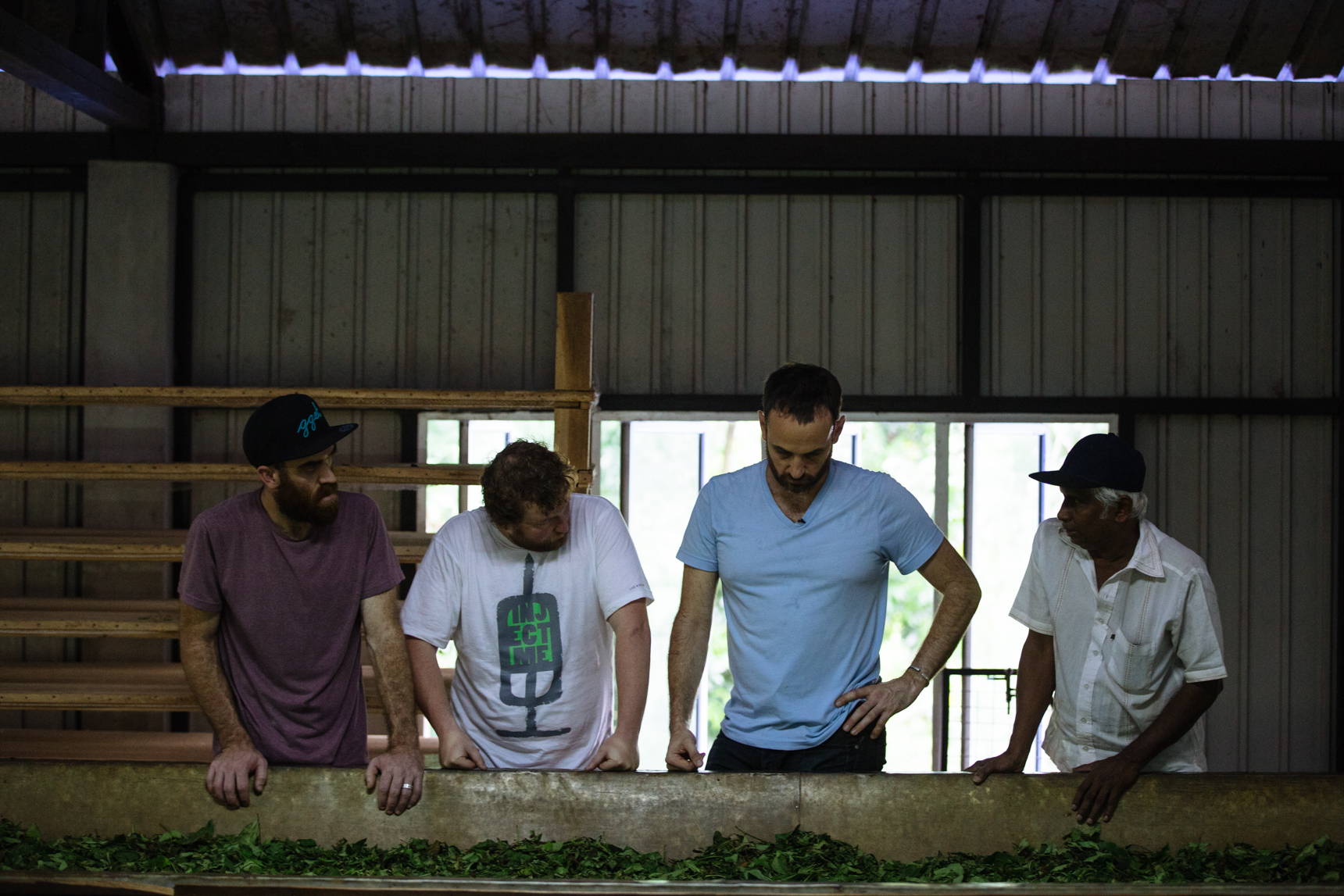 Shou Puerh undergoes a secondary fermentation process which takes only months to complete, and produces a tea similar to that of the naturally aged Sheng Puerh, but with less complexity. 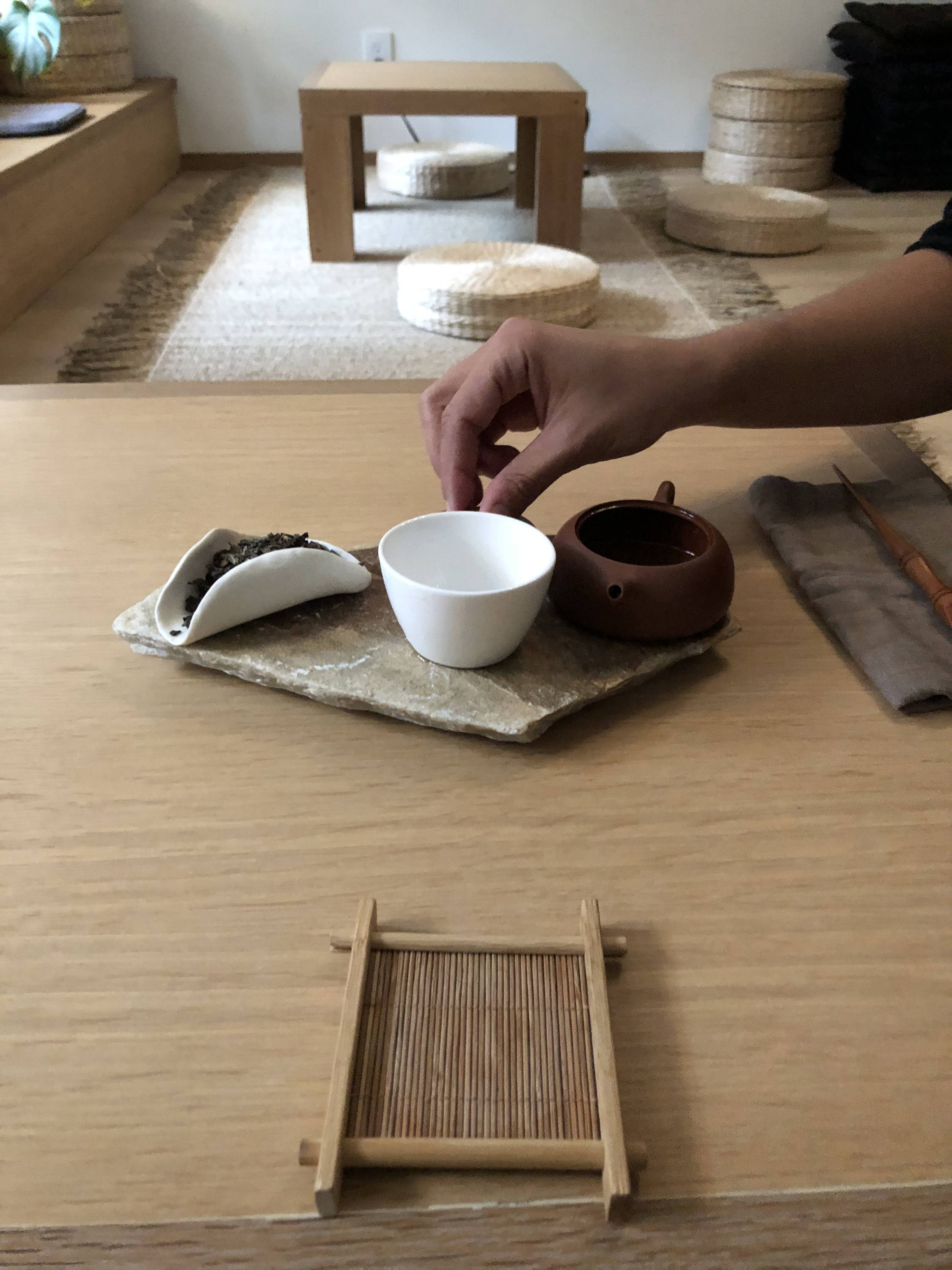 Puerh is a type of fermented tea originating from Yunnan province in China, where it has been grown and consumed by the many ethnic tribes in the region for at least 1,750 years. During the Tang Dynasty (618–906 AD), tea producers formed the tea into compressed cakes which allowed the tea to be transported without breakage when being shipped to trading destinations. Over time Puerh tea was pressed into various different shapes including discs (bing), bricks (zhuan), birds’ nests (tuo), square (fang), mushroom (jin), melon (jingua), or can be left loose (san).

Puerh comes in two varieties, the traditional raw (sheng) tea, or cooked (shou) tea. Sheng Puerh requires ageing to fully mature and turn into a rich brown/black colour. This process can take 10+ years and helps develop complex characteristics as it ages. Shou Puerh undergoes a secondary fermentation process which takes months to complete, and produces a tea similar to that of the naturally aged Sheng Puerh, but with less complexity.